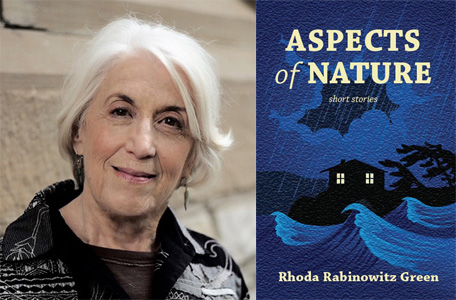 The nocturnal nightingale, symbol of melody and beauty, joy and hope, suggests as well a darker side. The title, then, of Kristen Hannah’s historical novel, set in German-occupied WWII France, serves as the perfect objective correlative.

As with many works of fiction, the story begins at the end, the narrator speaking in the present, taking us back in time, proceeding forward, finally bookending as the narration began, in the here-and-now. The author leaves us guessing as to the narrator’s identity, subtly suggesting it to be one of the two sisters, protagonists Vianne and Isabelle. (Hannah effectively alternates perspective between the two.) Not until the end of the book does Hannah let us know which of them is telling the story. Some readers will find this tack an effective literary technique, holding us in suspense: who has survived? Perhaps both. Acknowledging that all primary works of creativity are manipulative, — literary (stories), musical (compositions), theatrical (plays; films); the creator knows what emotions and responses she or he wants to elicit. Nevertheless, I felt mildly “used,” that is, manipulated. And so I had been. I say “mildly” because Kristen Hannah’s novel proved to be so well researched, so moving, powerful and empathetic, so humanly recognizable (relatable), that I considered this handling a minor annoyance.

The story’s narrator opens with a simple aphorism: “If I have learned anything in this long life of mine, it is this: in love we find out who we want to be; in war we find out who we are.” This simple truth effortlessly and with economy leads us instantaneously to grasp the essence of this work of fiction.

Struggling to survive WWII and the German occupation of France, Vianne Rossignol Mauriac and Isabelle Rossignol come to discover what the book’s author has foreshadowed in her opening quote: who they really are – what stuff they are made of, neither of them evolving predictably from the natures they were born with.

Vianne is but 14, Isabelle a decade younger, when their mother dies. Their father, Julienne Rossignol, a WWI veteran traumatized by the war and despondent over his wife’s death, withdraws himself from their care, leaving the young Vianne to assume the role of parent to Isabelle.

At the start of the German occupation of France, Julienne sends Isabelle from his home in Le Jardin, Paris, to live with her now married sister, Vianne, in Carreveau, a small country village in the Loire Valley. Her husband Antoine, recruited into the army, leaves his wife and three-year old daughter Sophie behind, where Vianne must manage the farm and survive on scant income, rationed food, and in constant fear, a fear intensified when a German Captain billets in her home. To survive, Vianne, cautious and considered by nature, worries that the young, impulsive Isabelle’s outspokenness will get them all killed.

Tied one to the other by deep bonds, nevertheless, for the duration of the war Vianne and Isabelle each follow a path as different as their individual temperaments. Isabelle runs off to join the Resistance, while Vianne, naïve, believing the Germans will never take over France and Cariveau, at first takes a more passive course. When reality sets in, forced out of her job teaching in a local school, surrounded by the occupying soldiers, the German Captain Wolfgang Beck, billeted in her home, and her farm overrun by fleeing refugees, Vianne must make tough decisions to keep herself and Sophie alive. Under punishing hardships, code-named “the nightingale,” Isabelle repeatedly risks her life guiding downed allied airmen to escape across the Pyrenees into Spain. Less dramatic perhaps, but as courageous, Vianne’s journey progresses from low profile survival to active resistance, covertly helping Jewish children to hide or escape.

The Nightingale, however, is not only a story of courage and survival in war-torn Europe asserting its weight and dominance, but is also a heart-rending love story. Author Kristin Hannah does not shy away from telling – showing – war’s brutal realities and endings. This is not a melodramatic, “Hollywood” rendering. Isabelle meets and falls in love with Gaëan, a partisan, the first and only love of her short life. She is captured and tortured, finally dying in Gaëtan’s arms. After the war, Vianne’s husband, Antoine, returns home. Vianne gives birth to a son, the progeny of a brutal rape by the cruel Sturmbannführer Von Richter, a fact she keeps secret from a (nevertheless) quietly suspecting Antoine, reasoning to him that she must have become pregnant with his, Antoine’s, son the first week he’d returned. Still, Vianne remains haunted by guilt, by memories of a quickening, of attraction if not love, to the handsome, kind and empathetic Captain Wolfgang Beck. Here, Hannah awakens our minds to the possibility of humanity and connection even with an enemy, an enemy perhaps only by circumstance.

One reviewer (The Bookshelf) writes that The Nightingale by Kristin Hannah offers a story of women surviving in unthinkable circumstances – the underestimated gender finding a way to take action.”  Another (Kirkus Reviews) says “Hannah’s new novel is an homage to the extraordinary courage and endurance of Frenchwomen during World War II.” It is that; but more importantly for me is the question the same reviewer poses: “I found myself consumed with a single, overwhelming question, as relevant today as it was seventy years ago: When would I, as a wife and mother, risk my life — and more important, my child’s life — to save a stranger?” Most of us wouldn’t. But which is worst: The fear of the risk or the fear of letting children grow up in a world where good people do nothing to stop evil?