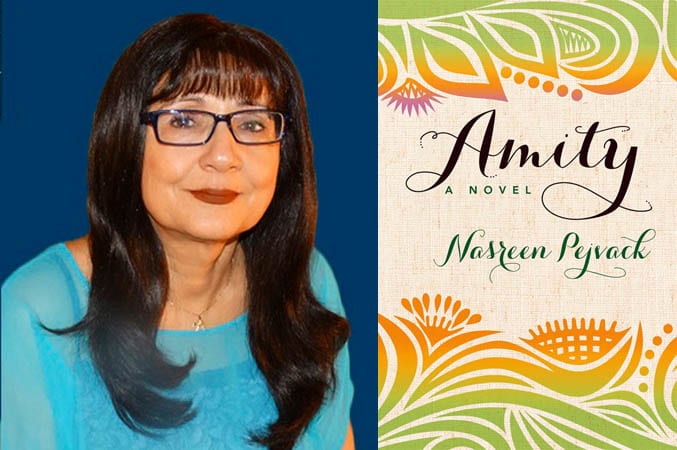 Effort, labor, sweat is mine
Seize, deceive, scheme is yours
Talent, preparation, production is mine
Pleasure, disrespect, entitlement is yours
Reproduction, creating life, raising is mine
Annihilation, elimination, prerogative is yours
We the women, turning the wheel, we sprout life
You the beast, riding the wave with cuff and blow
Our enduring over – We strike back
You are out – With our blood

The pressure on women, the roots of life, has always been obvious over the centuries. And they have had it with archaic islamic rule and god’s tyranny. In Iran before the revolution, there were always poor but hardworking people as well as absolutely rich opportunists living their lives, but after that upheaval, the gap gradually became actually much wider and crueler; like everywhere else, really. Isn’t that how the capitalist system works?

But in Iran there is another pain in addition to that inflicted on the usual struggles of hard workers – the treatment of women. The record shows they are more educated and active in society, and how proud we women abroad are for their display of strength and resilience in the passionate demonstrations they are putting on daily against their oppressions.

Unfortunately, yet another harvest-killing of young people is happening in Iran at the fiendish hands of the islamic regime there. This one by far is the most important and bloodiest since the 2009 uprising. We all are following the news in anxiety and fear for the young ones being cut down or imprisoned daily. My deepest fear is to see how this uprising will be suppressed this time around, under the calculating strategies of the world’s wealth managers and their policing bodies.  Iran’s villainous government is not alone: Russia is there watching; China has interests too; what is America doing secretly.  Hmm..??!!

Nonetheless, Iranians and other nations in every corner of the planet are supporting those who are presently struggling in Iran. Will Amnesty International, the UN, NATO, USA and perhaps even the Bilderberg Group, step up and help Iranians this time? Or will they just let everything settle down, then continue sanctioning them as they have for the past 43 years, which only hurts the people of Iran! Will everyone continue maintaining the structures of the world as they have been set up – follow guidance of the Bilderberg clique.

The Bilderberg Group is an off-the-record group established in 1954. It’s original goal was to prevent another World War, but over time its focus changed to controlling the free-market and keeping safe western capitalism and its interests around the globe. It has the look of a real boy’s club.

In 2001, Denis Healey, a Bilderberg Group founder and steering committee member for 30 years, said that they are determined to establish a one-world government.  We all are watching and we have seen where they are heading for the past decades, after WWII.  Another member eurocentrically said: “We couldn’t go on forever fighting one another.” What they did not mention is that they have merely transferred wars to Africa and the Middle East, or countries with rich resources, where people are killed, imprisoned and homeless as a result of disruptions caused by re-alignment of global economic priorities.  They are saying:  “To solve the world’s problems, it’s best if a single community runs and controls the world.” In their mind, one government would be a good entity.

Now, if their goal is to keep the world safe and make sure we will not suffer through WWIII, then why all the strict privacy, secrecy, and lack of transparency or accountability?  What is the exact nature of the group’s intentions?  Who are the main architects of all the tragedies and failures around the world – CIA, MI6, FSB, the Bilderberg, and others whose operations we have no clue about? How many of us know about them? Who are they? How do they decide on the world’s fate and people’s struggles?

The Bilderberg Group is plotting to govern the world with an elite group of people who are out of touch with the people of the world. We all are slaves in one way or another to global capitalists – suffering through life for them so they can manage the free-market and the world’s resources the way they see fit, implementing revolutions and regime changes wherever they choose.

Iran had a revolution in 1979 which began with all peoples in the country working hard to get rid of the monarchy. The Shah was not working in the interests of his people.  All of a sudden Khomeini, a clergy in exile, was moved from a village in Iraq and taken to a village in France.  Who facilitated that?

And before we knew it, he was back in Iran riding the wave of our bloody revolution which was already progressing by popular force. We were working hard for changes and giving our life and our children’s life against the Savak and Shah’s police.

Were the elites I mentioned above not happy with where our revolution was going?  How much they interfered with it we don’t know, but we are sure they helped our revolution fail, and fall into the hands of tyrants.  Soon after the arrival of Khomeini, the mass-killing of Iran’s brilliant young women and men began.  Is that what the world order wanted?!

For the past 43 years there has been a bloody uprising every decade or so. And now, yet again, we have another. No matter what happens at the end of this new carnage, as usual the ones who will suffer the most are women – those who are the source of life on this planet, even though they have been suppressed and harnessed throughout history.  Of course degrees of controls vary, with muslim countries presently being the worst, just as christian ones were in the past when priests and popes were engaged in the decision making of governments.

As we have seen, Iranian women have proven that they are strong and resilient.  Following the daily news we see how fearlessly they are on the streets, planning and organizing and fighting for their rights; though how this will end remains unclear.  We will have to see how they act on this – the ones who think the world must follow their rules; for the benefit of us all, of course?? Could those young Iranian women/people turn out to be just more collateral damage – another plot in the cemetery of our history. If so, nothing is new.

Nasreen Pejvack was born in Tehran, Iran where, pre-revolution, she worked as a writer and poet for an activist underground publication. She moved to Greece due to the brutal aftermath of the 1979 revolution in Iran, and soon immigrated to Canada. She studied and worked as a computer programmer in Ottawa for eight years, then moved to California and worked as a systems analyst in San Francisco.  After four years she returned to Canada and now resides in Vancouver, B.C. where she transferred from the computer field to Psychology and worked with the North Vancouver school district and other organizations. Today she develops, designs, and facilitates workshops, and is working on a book of poems and short stories. Amity, her debut novel, was published by Inanna in 2016. https://www.examine-consider-act.ca/