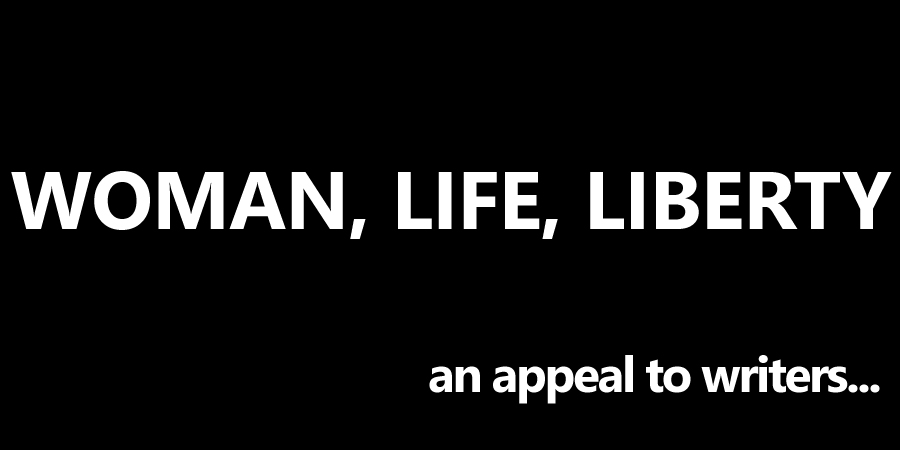 On September16, Mahsa Amini, a 22-year-old Kurdish-Iranian woman, was killed in the custody of the morality police because of “improper hijab.” Sparked by her tragic death, a series of peaceful protests all around the country has been brutally cracked down by the oppressive, theocratic and misogynist regime. Amid such human rights crises in Iran, and while women have been at the vanguard, the slogan of protests (Woman, Life, Liberty) has gone viral. The bravery of women and youth in continuing their fight for freedom has moved the international community to the point that numerous most influential figures of the world (including Margaret Atwood) spoke up in solidarity with them. Canada has also reacted to the regime’s crackdown on mass protests, which has left many victims (including children) dead and injured to date.

We, the Inanna authors, acknowledge that women’s rights are human rights and the Iranian women’s slogan, “Woman, Life, Liberty,” has roots in decades of feminist struggle.  We, as the proud authors of a Canadian feminist press, stand in solidarity with these brave women who are demanding their basic rights, gender equality, and justice.

Let’s be the voice of the voiceless!

Born in Tehran in 1953, Fereshteh Molavi lived and worked there until 1998 when she immigrated to Canada. She worked and taught at Yale University, University of Toronto, York University, and Seneca College. A fellow at Massey College and a writer-in-residence at George Brown College, Molavi has published many works of fiction and non-fiction in Persian in Iran and Europe. She has been the recipient of awards for novel and translation. Her first book in English, Stories from Tehran, was released in 2018; and her most recent novel, Thirty Shadow Birds, was published by Inanna Publications in 2019. She lives in Toronto. https://fereshtehmolavi.com/

In 1980 we poured into the streets of Iran protesting the mandatory hijab imposed by its government and were silenced by guns and acid thrown in our faces by its Iranian Revolutionary Guards.

Today, as our daughters and granddaughters are killed for removing their mandatory hijabs, it’s time for all feminists and writers to support the fight to change 42 years of Iran’s Handmaid’s Tale.

Mehrnaz Massoudi was born in Iran and immigrated to Canada in 1983 after the Iranian revolution and in the midst of the Iran-Iraq war. She obtained her Bachelor of Science degree from the University of Guelph, Ontario, and worked as a molecular biologist at Mount Sinai Hospital in Toronto and the University of British Columbia in Vancouver. She integrates her science background with her knowledge of meditation to guide seekers toward new levels of self-love, courage, and inner tranquility. Her memoir Never Without Love (Inanna Publications, 2019), is a profoundly revealing narrative of her own life as an Iranian woman who escaped her beloved, war-torn homeland to find peace in Canada. https://mmassoudi.com/

In this big world

Burning in a tiny house

On the other side

This poem is dedicated to Homa Darabi, a pediatrician who set herself on fire to protest the obligatory veil in Iran.

This poem was previously published in Parastoo, a collection of short stories and poems published in 1995 by Women’s Press

Mehri Yalfani was born in Hamadan, Iran. She graduated from Tehran University with a master’s degree in electrical engineering. Mehri immigrated to Canada in 1987. She has published numerous books in Farsi as well as in English, most recently the novel, A Palace in Paradise (2019) and the short story collection, The Street of Butterflies (2017). She lives and writes in Toronto. https://yalfani.com/

Yet another harvest-killing of young people is happening in Iran at the fiendish hands of the Islamic regime there. We all are following the news in anxiety and fear for the young ones being killed or imprisoned daily.  Let us see how this uprising will be suppressed this time under the calculating strategies of the world’s wealth managers and their policing bodies.

Iranians and other peoples in every corner of the planet are supporting those who are presently struggling in Iran. Will the UN, NATO and USA step up and help Iranians this time, or let everything settle down and then continue sanctioning them as they have for years?

No matter what happens at the end of this new carnage, as usual the ones who will suffer the most are women – those who are the source of life:

Embryo of our future

Eradicate them and there is nothing

Nasreen Pejvack was born in Tehran, Iran where, pre-revolution, she worked as a writer and poet for an activist underground publication. She moved to Greece due to the brutal aftermath of the 1979 revolution in Iran, and soon immigrated to Canada. She studied and worked as a computer programmer in Ottawa for eight years, then moved to California and worked as a systems analyst in San Francisco.  After four years she returned to Canada and now resides in Vancouver, B.C. where she transferred from the computer field to Psychology and worked with the North Vancouver school district and other organizations. Today she develops, designs, and facilitates workshops, and is working on a book of poems and short stories. Amity, her debut novel, was published by Inanna in 2016. https://www.examine-consider-act.ca/

PLEASE ADD MY SUPPORT FOR THE WOMEN AND PROTESTORS IN IRAN!