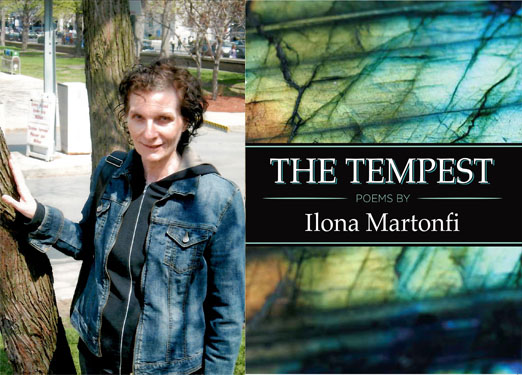 Tanka refers to a Japanese 31-syllable poem, traditionally written as a single, unbroken line. The word “tanka” translates to “short song.” Tanka also use many literary devices, including personification, metaphors, and similes to allow ample visualization. Midway through a tanka, there’s a change in perception, the volta. In a haiku, there’s typically a “turn” between lines two and three. The change occurs as a transition from examining an image to examining a personal response.
—Tanka From Wikipedia, the free encyclopedia

Praise for The Tempest

“Nowadays what sometimes passes for poetry is actually prose. Such a charge can never be made against Ilona Martonfi’s poetry. Oftentimes, in constellations of images that eschew verbs, these poems are keen reflections of much that ails humanity. Whether dealing with the abuse of innocence, refugees of war, oppression of women, mental illness. Martonfi embodies her themes in imagery and metaphor that are linked to the time and place that sparked her imagination. These poems are a visual delight that give way to an inevitable contemplation of the complexity of humanity.”
—H. Nigel Thomas is the author of four novels, three collections of short fiction, and a collection of poems. 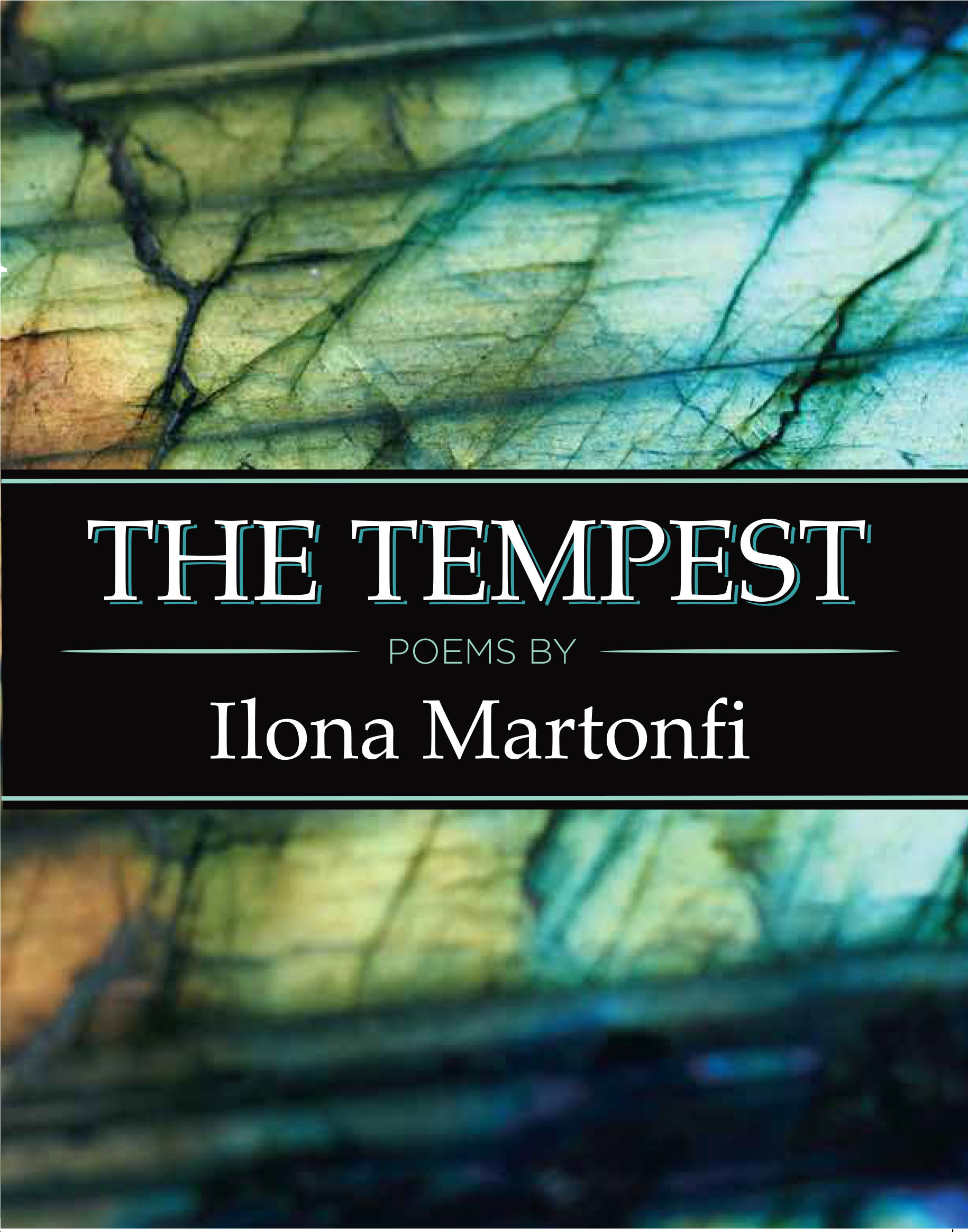 From the French coller, meaning to paste or glue. In visual arts, a technique that involves juxtaposing photographs, cuttings, newspapers, or other media on a surface. Widely seen as a hallmark of Modernist art, collage was first developed in the early 20th century by Pablo Picasso and other Cubists. Collage in language-based work can now mean any composition that includes words, phrases, or sections of outside source material in juxtaposition.

An example is Ezra Pound’s Cantos use the technique.

Unwept, unwrapped in sepulchre, since toils urged other.
“Elpenor, how art thou come to this dark coast?
“Cam’st thou afoot, outstripping seamen?”
And he in heavy speech:

Word of the Day: Hurucane

The use of improvisation in HURUCANE represents a possible common denominator between the Codex and modern jazz.

The word Hurucane comes from a Taino Native American word meaning “demon-spirit of the wind.”  When the pianist Blair McMillen, to whom this piece is dedicated, asked me to write a piano piece inspired by the Faenza Codex, I thought of creating a sort of giant sonic hurricane within which both ancient compositional modalities and modern electronic sounds could co-exist and become integrated. The use of improvisation in HURUCANE represents a possible common denominator between the Codex and modern jazz improvisation. Reworking, revisiting, reinventing: these words can help us understand the mindset of a composer transforming and excavating the ruins of his musical memory to recreate an entity of sound.
—Fabrizio De Rossi Re HURUCANE (demone dello spirito del vento) aprés Faenza Codex (2005) for piano and tape – to Blair McMillen https://youtu.be/RvAHh8tzxF4

The Codex Faenza (Faenza, Biblioteca Comunale 117) abbreviated as “(I-FZc 117)”, is a 15th-century musical manuscript containing some of the oldest preserved keyboard music along with additional vocal pieces. Wikipedia —From Wikipedia, the free encyclopedia

Moonflower with its large, pure white blooms, pleasant scent, and heart-shape leaves, is one of my favorite vining plants. As the name might suggest, the blooms of this vigorous vine are indeed moonlike, thanks to their pale colour and round shape, but actually, they earned their moniker because they open only at night. 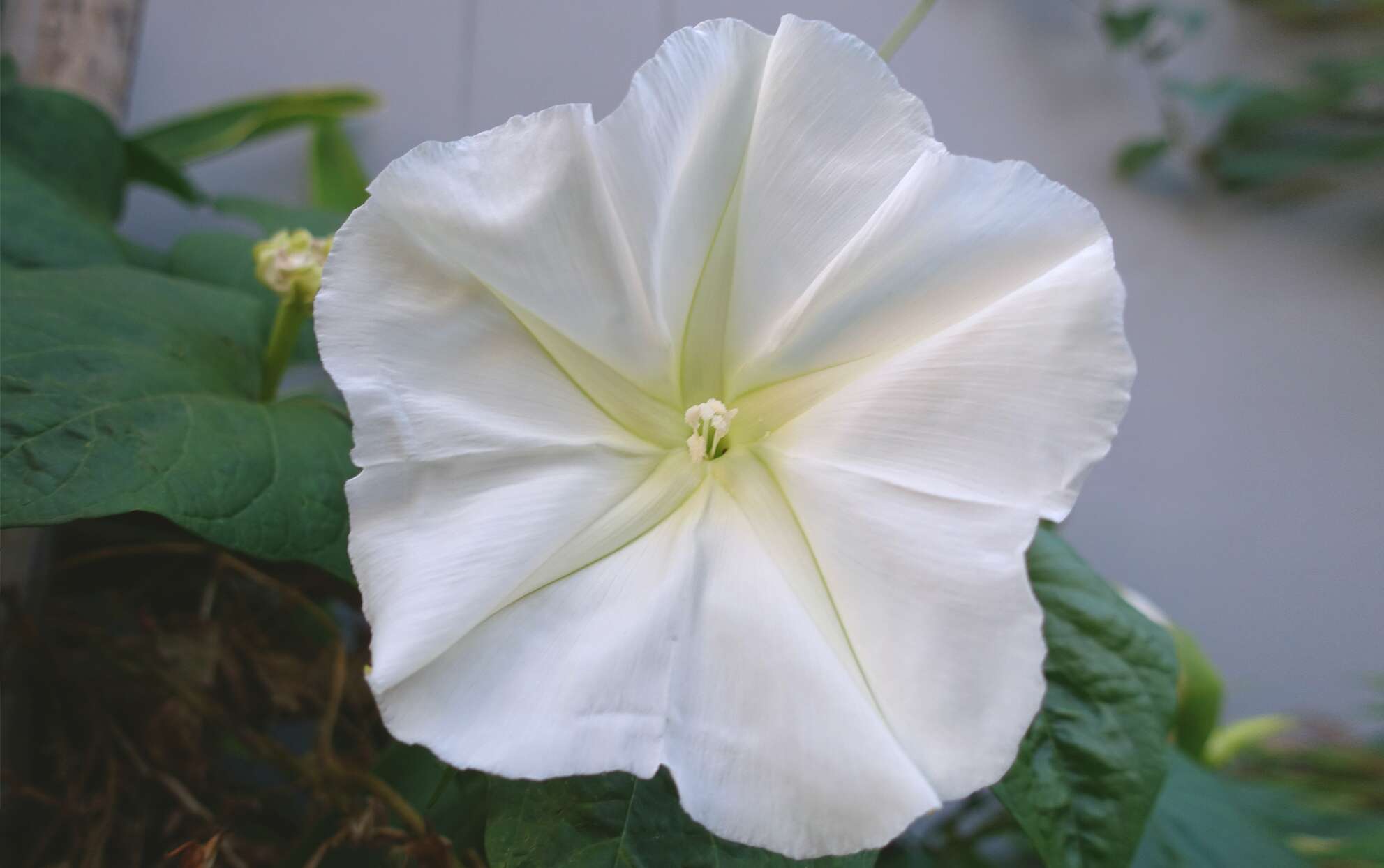 With only the sound of the wind and your footsteps, explore a side of the Everglades that most people never see by getting your feet wet in an off-trail hike. You must bring water, sturdy close-toed lace-up shoes, long pants sunscreen, a long sleeve shirt, insect repellent, binoculars, and snacks. On a slough slogging trip, the group will move slowly through muck and uneven terrains into the cypress dome.
— Everglades National Park @EvergladesNationalPark  · National Park 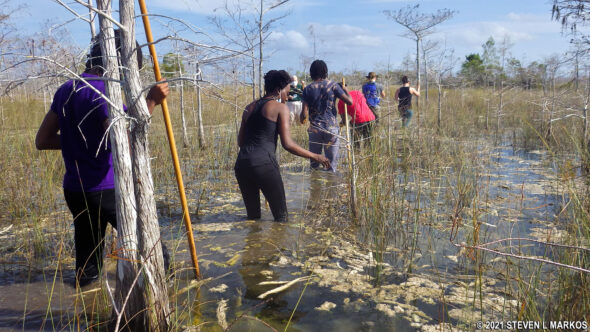 The Lenape story of the “Great Turtle” was first recorded by Europeans between 1678 and 1680 by Jasper Danckaerts. According to Iroquois oral tradition, the Earth was the thought of [a ruler] of a great island which floats in space [and] is a place of eternal peace. Sky Woman fell down to the earth when it was covered with water, or more specifically, when there was a great cloud sea. Various animals tried to swim to the bottom of the ocean to bring back dirt to create land. Muskrat succeeded in gathering dirt, which was placed on the back of a turtle. This dirt began to multiply and also caused the turtle to grow bigger. The turtle continued to grow bigger and bigger and the dirt continued to multiply until it became a huge expanse of land. — https://en.wikipedia.org › wiki › Turtle_Island_(Native…

How to Host a Virtual Book Launch

I curate and host literary events for over two decades now. For my Montreal book launch during Covid times, I invited three poets and a musician. And posted it on Facebook three weeks before the event day. I also sent personal invites through emails and text message. Grateful to our wonderful poets, musician, and our emcee Argo Bookshop’s co-owner Adele.

by Ilona Martonfi,
Author of The Tempest

Offering two Poems from The Tempest

[…]
I shall weave and knot jute ropes around grey
bark and branches. Lime-green wings and
furry white body. Obits for those whose cairns are
missing, those who are numbers. Pupa of the
Luna moth eclosing, I will journey through
the Totenwald, a boggy, stygian fen.
[…]

I Conclude with Inanna Publications News

Join us Wednesday 20 July 2022 at 5:00-6:45pm EDT online Crowd Cast Inanna book launch No. 2 featuring Marie-Célie, Katia, Ilona, Brenda, Erika, and Vivian. There will be introductions, readings by each author, and then a Q & A at the end of the readings where we will ask each author 2-3 questions about their book/writing.

All Lit Up features my Inanna books:
https://alllitup.ca/contributors/M/Martonfi-Ilona