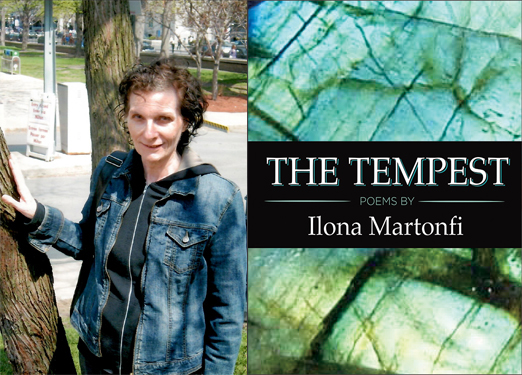 Like the figure she describes in her ekphrastic poem “Clotho” as “Ensnared in long tentacles of hair, skeletal, toothless, chiseled in white marble…” Martonfi’s The Tempest has hewn her own spare lines to recast her book’s obsession with the politics, violences, and musics of the oral. 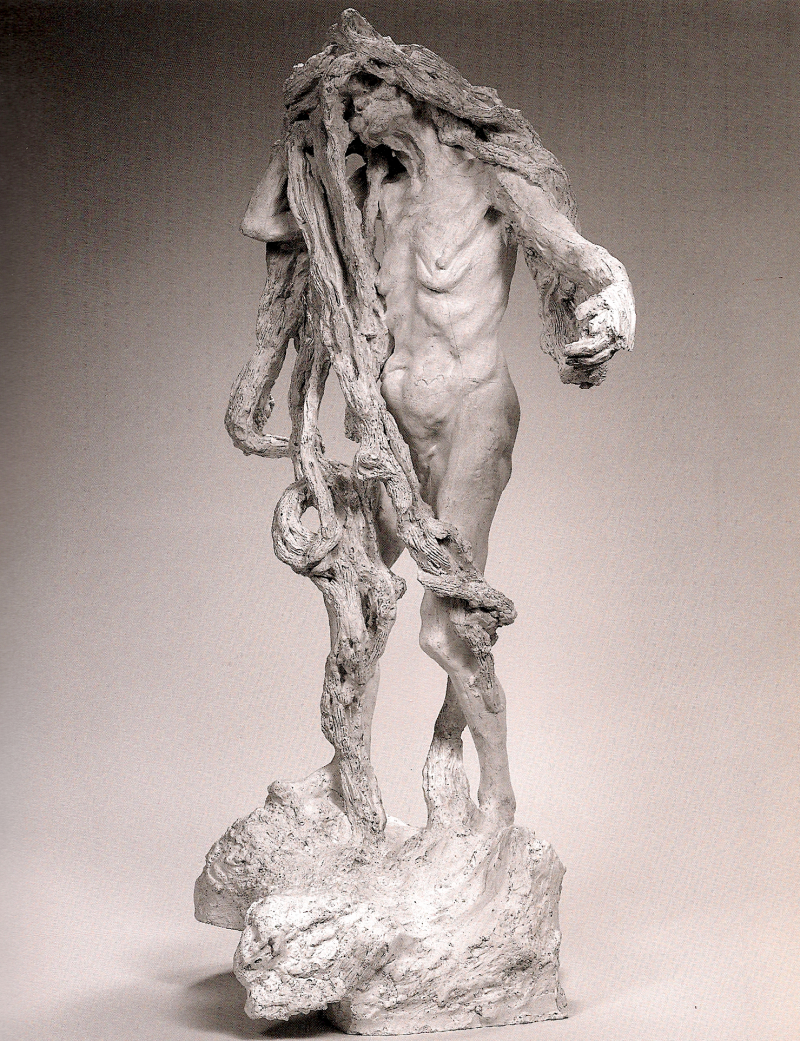 In this Inanna blog Ilona Martonfi, author of The Snow Kimono and Salt Bride, introduces Wabi-sabi. Matsuo Basho’s haiga. She will offer an ekphrastic witness poem “Chagall’s Goats at the Hermitage”, a tanka sequence “Trains”, and the tanka sequence “Erasure” from her new collection, The Tempest forthcoming with Inanna Publications, Spring 2022.

She will also introduce you to her family living in the former kingdom of Austria-Hungary, now Romania. Share the incest of her mother Magda.

“The essence of haiku is a cutting word between them, a kind of verbal punctuation mark. Traditional haiku consist of 17 syllables in three phrases of 5, 7 and 5. A kigo seasonal reference juxtaposed with human nature.” —Wikipedia

Word of the Day Wabi-sabi

Japanese aesthetics is a set of ancient ideals that include “wabi” (transient and stark beauty), “sabi” (the beauty of natural aging). —Wikipedia

the scent already in the air

the moon and ume 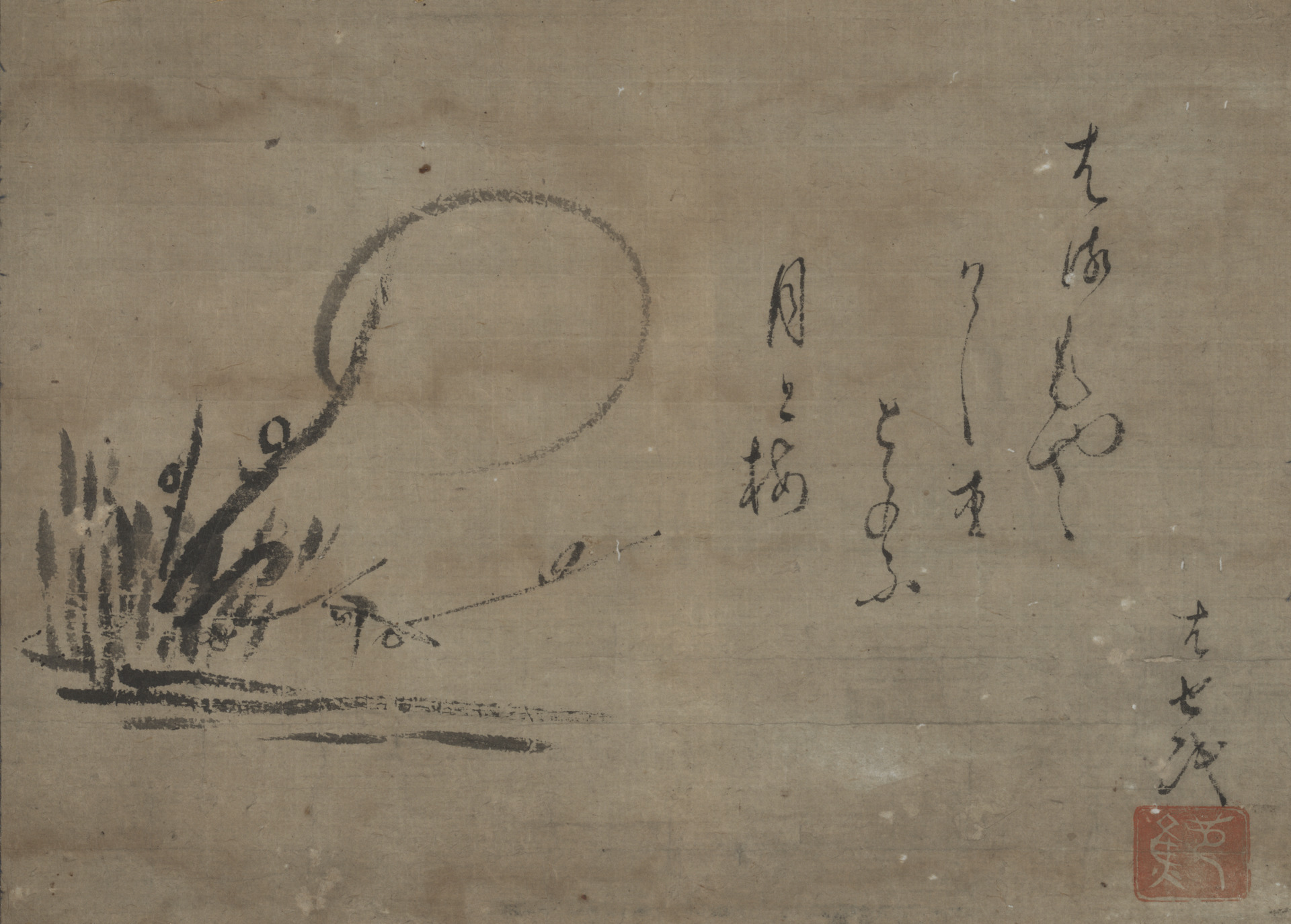 “Nagasaki, Dachau, Chernobyl: Ilona Martonfi testifies to both terrible events in history as well as various moments in her past, such as her childhood after World War II, her sister’s and brother’s deaths, her travels in other countries. In this moving collection of poetry, love and hope stand up to pain and desolation. The threads of memory weaved in The Tempest reach us deeply with their intelligence and their sensibility.”

“In the poetry of witness, the poem makes present to us the experience of the other, the poem is the experience, rather than a symbolic representation. When we read the poem as witness, we are marked by it and become ourselves witnesses to what it has made present before us. Language incises the page, wounding it with testimonial presence, and the reader is marked by encounter with that presence. Witness begets witness. The text we read becomes a living archive.” –Carolyn Forché

“Chagall’s Goats at the Hermitage”

After dark we brought down the midnight sun and used it to light the rococo halls. Us, blue violin-playing goats. Our small cloven hooves. We took possession. In the long, cold northern winter.

An upside down angel with a candelabra. A wedded couple carried on the back of a red rooster. Amidst klezmers, revelers, bouquet of lilacs. He painted fish with fire wings.

The grey of a cobble stone street where he painted The Death. Floating in the sky, a dybbuk, a character in a purple cap. White stars on plum. “Where were you?” we said. “I fled.” A fence, and apple trees. The merchants. Tinsmiths. A ghetto.

Half-man, half-beast, surrounded by birds and green cows, he painted. Us, Hermitage goats. 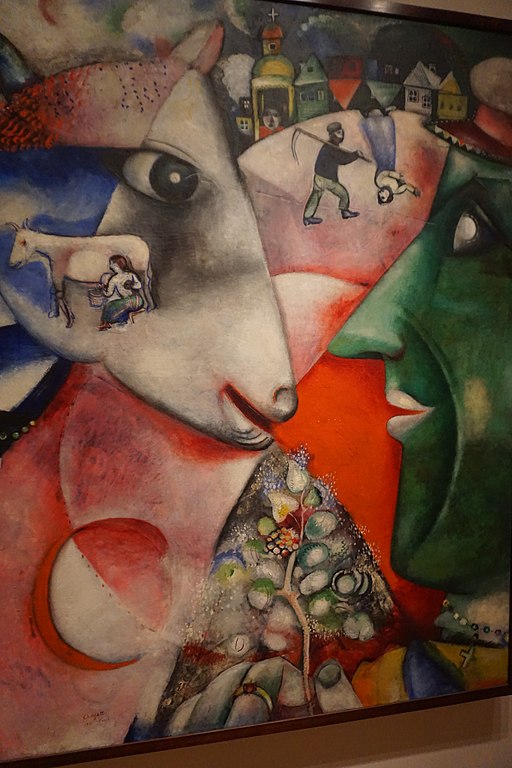 File: Marc Chagall, I and the Village (50394064557).jpg From Wikimedia Commons,
the free media repository

The Tempest, Book by Ilona Martonfi

Bearing witness to truth, The Tempest is invested in poetry that attempts to reveal human pain through the art of words. Each poem is powerful, but the book’s strength emerges from its collective voice: different political conflicts, cultures, genders, ages, races⁠—one shared human narrative. As we follow these survivors into their past and present lives we learn that poetry was the gift that restored. The book’s wanderings in and out of forms⁠— erasure poetry, free verse, prose poetry, haiku, tanka, haibun⁠—signal its approach to some important preoccupations. The collection includes tales of love and rage⁠— from displacement and homecoming, Budapest and its lilac hills above the Danube, where bombs fall, where at a train station cattle wagons wait for Jews to be deported to Auschwitz, where her family lives in Pirka, a Bavarian war refugee settlement⁠—to immigrating to Montreal’s ice and snow, founding a family, fleeing an abusive marriage, and becoming an activist and taking a stand against domestic violence. 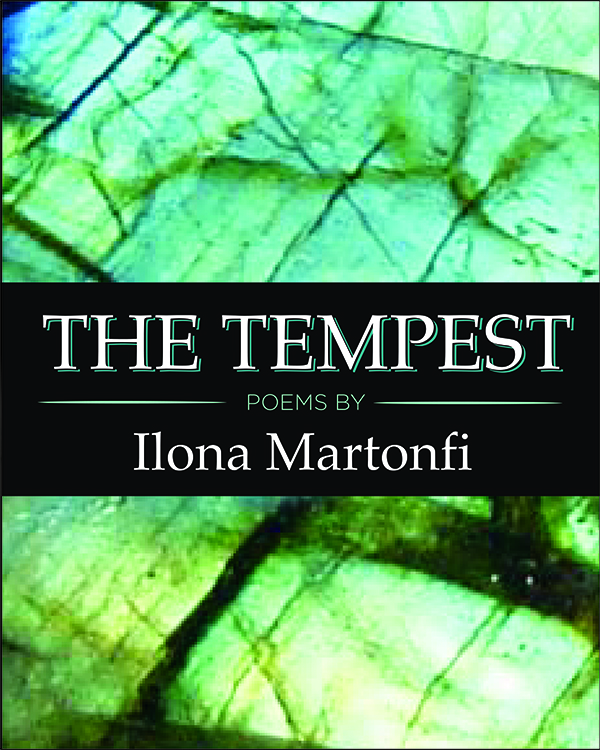 “Tanka is a short unrhymed lyric poem with syllables of five, seven, five, seven and seven. Tanka, or “short song”, also uses many literary devices, including personification, metaphors, and similes to allow ample visualization. The theme of tanka can be anything from love poems to depictions of everyday life, social issues, and stories. Midway through a tanka, there’s a change in perception. There’s a “pivot” in the third line. The change occurs as a transition from examining an image to examining a personal response.” —Wikipedia

All I would want to salvage and cherish of my Magyar heritage: resilience and poetry.

Witness-bearing poetry often comes out of great social tragedies. Exile from place, displacement, the refugee, immigrant. To disappear into a place. The dispossessed. The personal is political.

my people in acrylic

making their way on Earth

I mix sand with pigment

are wolves I imagine chasing

trains over the steppes

with our rags and bundles

deported during the war

How research helps me with discovering new exciting topics and themes. I wrote a tanka sequence after reading this interesting article.

“Riepenhoff’s fugitive cyanotypes, exploring our relationship to the landscape, the sublime, time and impermanence. She drapes them on ferns or branches, under trees, across stone walls, over the ridge of a doghouse roof—and waits for snow/sleet/rain/fog to wash/pile/pool/trickle or otherwise condensate and combine with the volatile chemistry embedded in her paper.” –Lens Culture

bear the movement of the sea

I too capture a swash

etch the violence of rain

“Incest is human sexual activity between family members or close relatives. This typically includes sexual activity between people in consanguinity (blood relations), and sometimes those related by affinity (marriage or stepfamily), adoption, or lineage. The incest taboo is one of the most widespread of all cultural taboos, both in present and in past societies. Most modern societies have laws regarding incest or social restrictions on closely consanguineous marriages.” —Wikipedia

In this section I will introduce you to my family living in the former kingdom of Austria-Hungary, now Romania. My grandmother Maria Kovacs. Share incest of my mother Magda at the hands of her stepfather. Translate the word incest secret into Hungarian as vérfertőzés titka. And how the poem “Stepdaughter Magda” page 26, breaks down the taboos and barriers against openly discussing incest and sexual abuse.

ballad of the marsh sedge

at the picture’s edge

there the frames linger 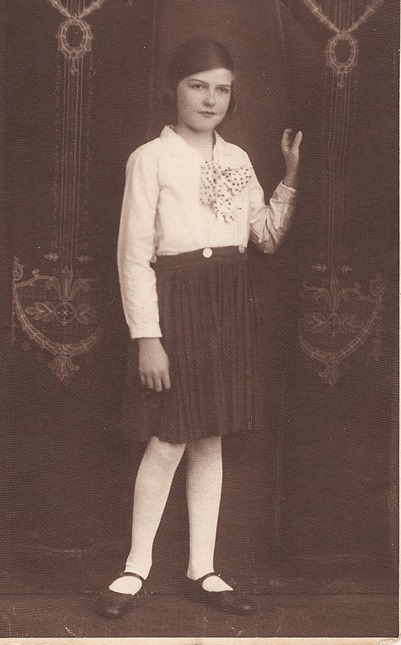 On a cold Montreal winter day during a Covid lockdown, I am pleased to share my haibun “Clotho” published with Ekphrastic Review was nominated for Best Small Fictions Anthology 2022 by Sonder Press.

Finally, thanks to my amazing publicist Renée Knapp, the talented designer Val Fullard and the wonderful team at Inanna Publications. The late editor Luciana Ricciutelli, we miss you.

Ilona Martonfi is a Montreal poet born in Budapest. She is a writer, editor, creative writing teacher, and founder of the writing group, Rue Towers Writers. She is the author of the poetry books, Blue Poppy (2009), Black Grass (2012), The Snow Kimono (2015), and Salt Bride (2019), as well as seven chapbooks, Visiting the Ridge, Charivari, Magda, Adagio, Mud, Moth and Black Rain. Ilona is Founder and Literary Curator of The Yellow Door and Visual Arts Centre Reading Series and Argo Bookshop’s Reading Series. She is a recipient of the QWF 2010 Community Award. Ilona has published extensively in print and online literary publications. She was a Finalist for the 2007 Quebec Writing Competition. Her story, “My Daughter, Marisa,” was published in CBC Story Anthology III, In Other Words: New English Writing from Quebec (2008), and Ilona’s “Stories of Belonging” was shortlisted for Canada Writes in the adult category (2014). She was also a StepAway Magazine nominee for the 2018 Pushcart Prize for the poem “Dachau Visit on a Rainy Day”. The Tempest is her fifth poetry collection.