Ciuri, Ciuri, a Sicilian Folk Song Meets the Plague in a Play by Ilona Martonfi

Flower, flowers, flowers all the year

The love you gave me I give you back

Flower, flowers, flowers all the year

The love you gave me I give you back

“Ciuri, ciuri” Sicilian for “Flowers, Flowers” is a traditional Sicilian folk song. The lyrics were written by an unknown author with the music composed by Francesco Paolo Frontini in 1883.

On a beautiful summer day this past July, I received wonderful news, from Brenda Cranney, Interim Publisher at Inanna Publications, an update about my poetry book The Tempest publication date scheduled for Spring 2022.

Now the wait for the galley proofs, and my gratitude to my Montreal writer friends who took the time to read and write awesome blurbs for The Tempest.

“Ilona Martonfi’s poems in The Tempest are exquisitely crafted. Frequently, in constellations of images without verbs, her poems keenly reflect the human condition. Whether dealing with the abuse of innocence, refugees of war, oppression of women, mental illness … They are a visual delight but inevitably they incite the reader to contemplate the vexing issues of human complexity, vulnerability and cruelty.”

—H. Nigel Thomas is an award-winning writer of fiction, poetry and essays

Poets Who Inspire You

One of the most moving poems I’ve read is Pablo Neruda’s “I’m Explaining a Few Things.”

My house was called

the house of flowers

because in every cranny geraniums burst.

I am offering an excerpt of a free verse domestic violence poem inspired by Neruda “Wild Blueberries” published with Montreal Serai, and to appear in The Tempest (Inanna, 2022).

all these surrealist collages

Then one day fleeing his fists,

these streets, carrying these bags.

A Plague That Will Outlive Covid-19

English: Whoever beats his wife, beats the whole house. 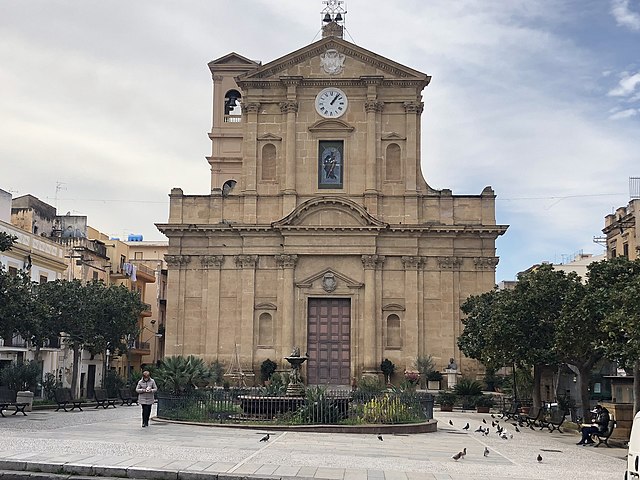 “A play is a work of drama, usually consisting mostly of dialogue between characters and intended for theatrical performance rather than just reading. The performers may communicate this experience to the audience through combinations of gesture, speech, song, music, and dance. Elements of art, such as painted scenery and stagecraft such as lighting are used to enhance the physicality, presence and immediacy of the experience.”

*The Shrike after a play The Shrike by dramatist Joseph Kramm.

The play, set in 1989, in a house in Anjou, a Montreal suburb, is based on the story of a forty-seven-year-old woman named Ilka from Budapest, who is driven to keeping a secret by her husband.

To outsiders Michele, Ilka’s fifty-year-old marito from Bagheria in Sicily, sporting new reading glasses, seems to represent respectability, owner of a real estate Company, T.C.M. Systems Inc., and family man, father of three daughters and one son. In reality, he is a wife batterer. Like the shrike, a predatory bird that kills and skewers its prey, he seems harmless but the cycle of violence during the last twenty-four years deprives Ilka of her volition. Her free will, and power of choice. And traps her under his control.

The play is written in a documentary style focusing on the daily experiences of the main character as she tries to navigate the world of driving her grey Pontiac to work in their family business and the secret.

Ilka’s point of view dominates the play, as she struggles to cope with the abusive marriage she finds herself in.

She comes to realize that the only way to secure her freedom is by educating herself about domestic violence, and finding outside resources for help, and learning new assertive words: “Don’t hit me anymore! And I want to take courses.” We see Ilka buying a self-help book in a Hyannis Cape Cod bookstore while on vacation with her family. Ones Who Got Away by Ginny NiCarthy. She rolls it up in jeans and hides it, reads it while Michele is at the pool with their children.

As a result, audiences get a portrait of a woman suffering slurs and death threats: “If you divorce me, you are digging your own grave! Puttana, I will kill you!” A wife who ultimately flees her family home and becomes a resident in a battered women’s shelter Auberge Transition.

Symbolism in the Play Illustrates and Reinforces Themes

In the opening act Martonfi uses foreshadowing to imply Ilka’s fate in the first month after their church elopement. Her husband gives her a pet name, Jo-Jo, gives her a first slap. Ilka on a six-month unpaid maternity leave from her Bell Telephone clerical job.

The husband sitting on the couch in their furnished apartment watching a black and white television, his books stacked on a wooden shelf. His record player and the Beethoven’s Ninth Symphony. Peanut shells piling high on the carpet, he says, “I will piss on your grave.” Suggests that the smell, the confusing mix of fear. The freezing. It was Ilka’s only escape from this living room. In another scene, Ilka is kissing him at the door as he leaves for his office machine mechanic job at Olivetti downtown.

The title of the play becomes a symbol of its main action. The batterer serves as the shrike in the play as he slaps and punches Ilka. He effectively prevents Ilka from escaping by isolating her from her friends and family: “They are all liars and thieves. I will break your legs, if you speak to them.” Louvered shutters. Television blaring. He laughs into the purple of the autumn asters. His body in the dark, her flowered cotton dress, her unborn daughter.

*A Study Guide for Joseph Kramm’s “The Shrike” 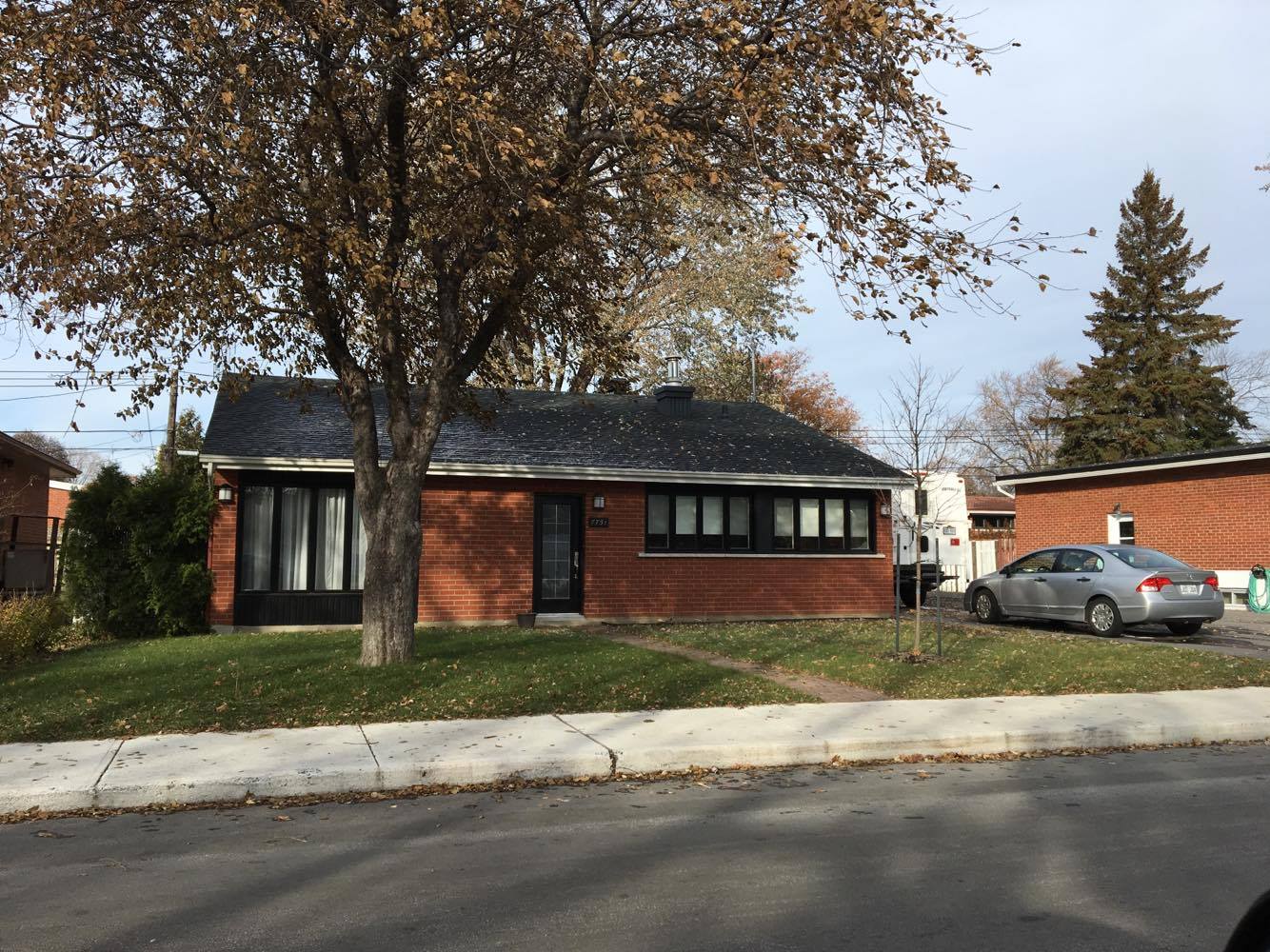 Our former family house in Anjou. The MacIntosh apple tree I planted still stands. The jasmine bush. We lived here for eighteen years. Raised our four children here. Brought our newborn son Mike home. Married our eldest Marisa to Jeff. Locked the house and left for family vacations in Canada, the States, Europe, The Soviet Union, and North Africa. Visited a dozen countries during our wanderings. Lifted the Iron Curtain eleven times.

In the walled garden, wild roses, raspberries, a pool, a sauna. In the solarium stained-glass blue dragonfly. The house I visit in my dreams. Unlock the door and enter my kitchen. Cook and set the pine table with my children. Bake pineapple upside down cakes. Prepare the frosting. Celebrate birthdays.

How Do You Write a Chapbook?

Adhere to one theme, voice or constant thread. Most chapbook publishers ask for a range of poems, like 18 to 25. Know what your glue is. Order is important. Form and final proofing matter. 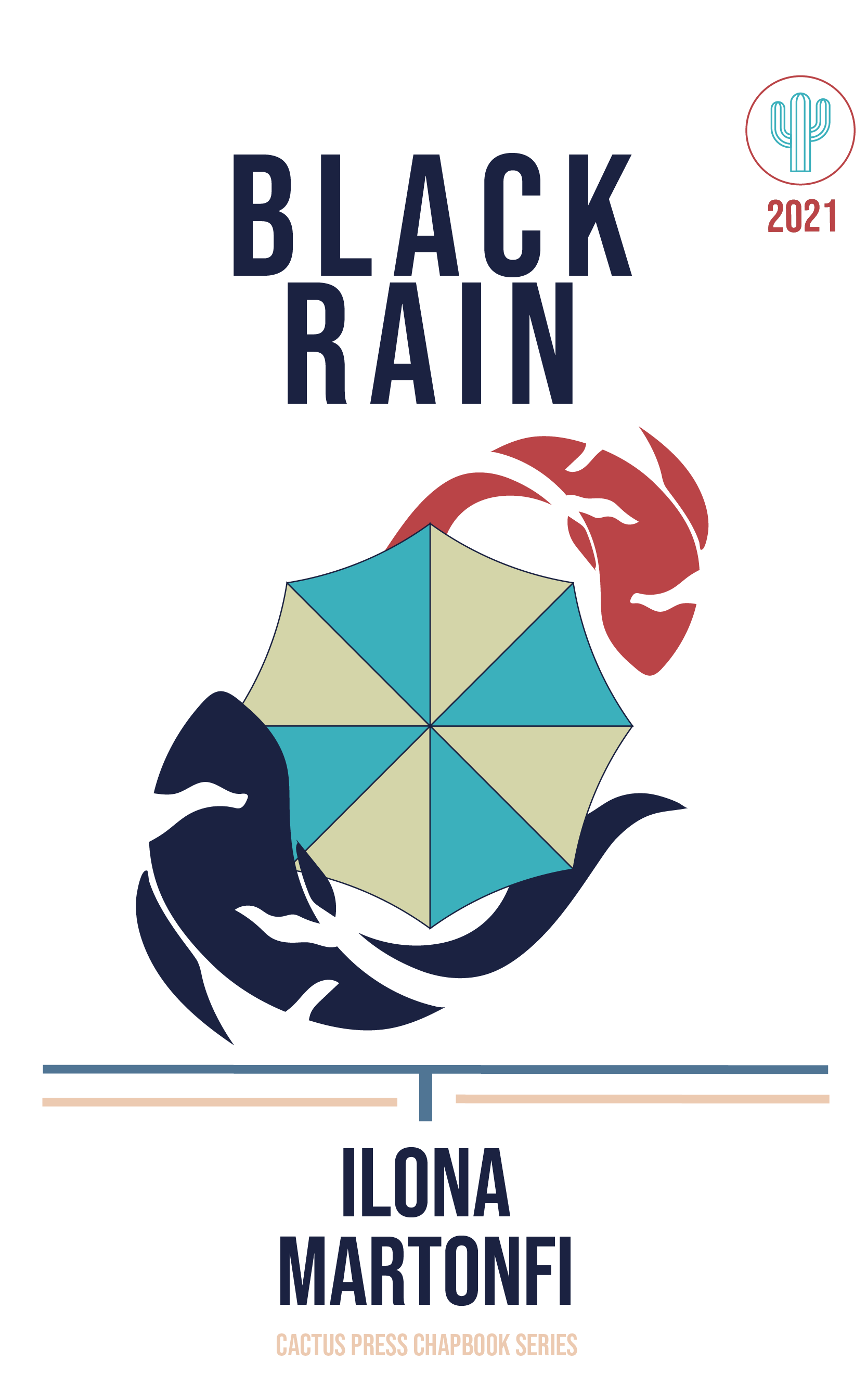 “These poems in Black Rain celebrate the “rain-wet plum” and the surrealism of Leonora Carrington; they also offer witness: to atom bomb; death camp; a migrant’s peril. Martonfi’s images summon the sublime and traumatic.”

Black Rain catches the reader’s eye with its stark attention to plant and animal life: pond apples, fig sphinx moths, “the split lip of a papery ghost orchid.” Themes of loss, womanhood, and the refugee experience peek out from within Martonfi’s vibrant poems—a vibrancy that belies not a simple preference for imagist aesthetics, but rather an awareness of life’s wonder known only by those who understand how much stands to be lost.

The tanka is a form of waka, Japanese song or verse, and is a five-line, 5/7/5/7/7 syllable count form. The tanka employs a turn, known as a pivotal image, which marks the transition from the examination of an image to the examination of the personal response. This turn is located within the third line, connecting the kami-no-ku, or upper poem, with the shimo-no-ku, or lower poem.

days of the blackbird hen

bring cold and frost to the hills

I hang it from the ceiling

to preserve it during winter

I Conclude this Author Blog from the Inanna Author Questionnaire for The Tempest.

28. Please provide a list of your book’s key features, what makes it different from other books on the market, why it is timely, important, why potential readers would be interested in it, etc.

Collage as the pulling to pieces, the tearing of that which never has pre-existed as a whole. The visual presence of a poem with its line beginnings and line endings.

Mini-fables, ekphrastic tales, and the elegiac poems that inhabit the book each denote that the real is underpinned by the surreal. My interest in mythology.

Lastly, I wish to express gratitude to the fantastic Inanna Author blog team for posting my blog.

Always remembering with love the late Luciana Ricciutelli, editor-in-chief at Inanna Publications, whom we lost in December to cancer. We miss you.

Author bio: Ilona Martonfi is a poet, editor, literary curator, and activist; she is the author of four poetry books, Blue Poppy (Coracle Press, 2009), Black Grass (Broken Rules Press, 2012), The Snow Kimono (Inanna Publications, 2015) and Salt Bride (Inanna Publications, 2019). Forthcoming, The Tempest (Inanna Publications, 2022). Her work has published in seven chapbooks, journals across North America and abroad. Recently, her poem “My Brother’s Ashes” was nominated by The Ekphrastic Review for the Best Microfiction Awards Anthology, 2021. She is the curator of Visual Arts Centre and Argo Bookshop Reading Series. She is also the recipient of the Quebec Writers’ Federation 2010 Community Award.