The God-Word and Thomas Merton by Susan McCaslin (with a poem by J.S. Porter) 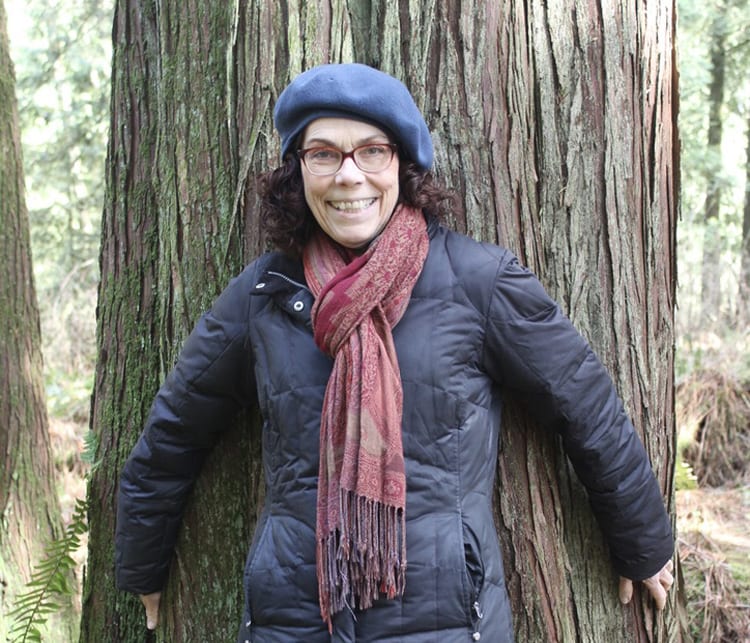 My friend J.S. Porter and I recently published a multi-genre volume of reflections titled Superabundantly Alive: Thomas Merton’s Dance with the Feminine (Wood Lake, 2018).* We feel that Thomas Merton and other contemplatives of mystical perception have vastly expanded the definition (and, more importantly, the experience) of what Christian and other monotheistic religions have variously called “God.”

Many, on hearing the word “God,” envision a patriarchal, old man in the sky who allowed his son Jesus to be tortured and killed as an atonement for human sin, then required everyone who wanted to be “saved” to believe in Jesus and believe that all other religions have things wrong. I have two friends (one formerly Catholic, the other formerly Protestant), who were so badly wounded by their Christian upbringings that they were resistant for decades to even entering the precincts of a Christian church. Yet if this narrow understanding of God as an anthropomorphized being who created the world, yet stands outside it ready to explode in anger when people misbehave or misbelieve were the case, who wouldn’t become an “a-theist” (someone against theism) in opposition to the more dogmatic theists?

In order to transcend the gridlock of militant fundamentalism versus militant atheism, both stuck in “othering,” dialogue is required. When deep listening and mutual respect enter the field, it becomes possible for people to open to the diverse ways people from various spiritual traditions aspire to live out universal principles of humility, mutuality, and care for the larger whole.

One problem is that Christianity, since the 4th-century when it became allied with empire at the Nicaean Council (AD 325), has too often emphasized beliefs, doctrines, and creeds used as means of controlling people rather than encouraging them to embody universal principles leading to inclusion, healing, non-violence, unselfishness, and love.

If the word “God” is to resonate in deeper ways, as it does for many, the definition (and experiential basis) of the word needs to be transformed rather than simply rejected. My friend, the Canadian poet E.D. Blodgett, who died in October of 2018, was at the end of his life working on a sequence of poems he titled “Walking Into God” where he greatly expands the usual meaning of the word God, reclaiming it in a more holistic context. I often favour the term “Holy One,” rather than “Father” or “Lord” when speaking of the divine. However, in the end names and images are metaphors, poetic ways of hinting at a reality too vast and mysterious to be captured by a single name. Many Christians are now comfortable with terms like “the Goddess,” “the divine feminine,” Sophia (Holy Wisdom),” “Mother,” or ones suggesting an ontological reality that encompasses and transcends gender, fixed concepts, and images. For me, God is “the Is of what is,” “Holy Silence,” “the music of silence or the silence within music, the pure point of love both hidden and revealed in the universe, present in all creatures and things.

Those who are comfortable with the “God-word,” many of whom are not using it in a restrictive sense, may wish, while in dialogue with someone who is not comfortable, to clarify that what they call God is a mystery spilled out in a diversity of names. The human approach to this mystery can be both cataphatic (expressed in words, images) and apophatic (connected to dimensions and realities beyond words and images). What many from the monotheistic traditions call “God” can have both a personal face and a cosmological presence. God can be experienced as both immanent and transcendent.

In his last years, while on his final Asian journey in 1968, Thomas Merton opened his heart, mind, and soul to practitioners of eastern and other religions, as both the current Dalai Lama and the Vietnamese Buddhist contemplative Thich Nhat Hanh have attested. Merton, because he was much more interested in learning from others than holding forth on his Christian beliefs and practices, was one of the pioneers who expanded “ecumenicism” beyond simply urging Romans Catholics and Protestants to talk to each other.

In our collaborative book, John and I explored how this twentieth-century western contemplative-poet-monk-artist-prophet-writer of journals, letters, jazz-lover, calligrapher, student of comparative religions, early environmentalist etc. helped inter-spiritual dialogue go global. We also examined why Merton’s body of work is relevant to issues we are facing in the twenty-first century, such as environmental devastation, continual warfare, and totalitarian forces within so-called democracies. In the end, our book is not simply about Merton, as much as about how Merton’s work points to how each of us has the capacity to become “superabundantly alive.”

John Porter and I share the sense that our varied words and expressions for God can “name without naming,” as John so aptly puts it. When we disarm ourselves from using language to maintain barricades, its power to make us unified and whole can be restored. Unlike much prose, especially the language of advertising, poetry, through metaphor, simile, imagery, oxymoron, and paradox suggests and leads us into the open. It invites participation from the reader or listener and turns attention away from ourselves to our relationship with the planet, with others, with the mysteries of being-in-the-world.

I’d like to close with a poem by John that probes some of Merton’s and his own words for the divine mystery of The Word:

Meditation on a Word

Every writer has his word.
Thomas Merton had mercy,
a word to catch him when
he fell. Heidegger had being;
never got over the astonishment
of things being alive, or just being.

I have spiritbookword, seeking
and finding spirit
in words found in books.

Words of power:
God, mother, child.
The child asleep in her mother’s arms,
the mother asleep in God’s arms,
and God asleep in the child’s arms.
Each nourishing the other.

God: the Anglo-Saxon word for
the “Ancient of Days.”
Sometimes I favour the words
of our First Nations – Creator, Great Spirit, or
the word of the poet Kabir, the Guest,
or words from the poet Rumi:
the Host, the Beloved, the Holy One.

These words name without naming.

This piece first appeared on the blog site of Wood Lake Publications:

Inanna Publications > Blog > Uncategorized > The God-Word and Thomas Merton by Susan McCaslin (with a poem by J.S. Porter)