Who would Jesus discriminate against?: TWU covenant is not about belief, but control, former faculty member says – OpEd piece by Susan McCaslin 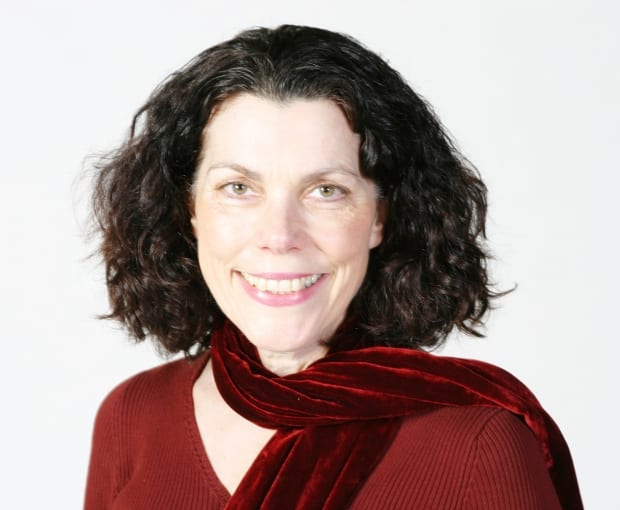 Opinion: Who would Jesus discriminate against?: TWU covenant is not about belief, but control, former faculty member says
by Susan McCaslin

There has been much recent public debate about whether provincial law societies should recognize proposed law degrees issued by Trinity Western University, a private evangelical institution in Langley.

The issue revolves around what I see as TWU’s clearly discriminatory “community covenant,” which students and faculty must sign, forbidding them to engage in “sexual intimacy that violates the sacredness of marriage between a man and a woman.” Trinity argues that refusal to recognize their degree infringes on their right of religious freedom, while others say law societies should defend the rights and freedoms of gays and lesbians, and even unmarried heterosexual couples.

Trinity has argued that its position is the traditional Christian view, and seems to suggest everyone there shares it; they all sign the covenant, don’t they?

What is little known is just how controversial the administration’s position is within TWU, and how many of its faculty members are mortified by the public spectacle now prevalent in legal circles and the media.

I have decided to tell the story of my own brief association with Trinity. When in 1973, I was a young woman in my mid-20s with a fresh M.A. in English from SFU, I discovered the mystical and esoteric stream of Christian tradition and self-identified as a Christian. A one-year sessional appointment at the University of Victoria had just expired and a friend suggested I apply to Trinity Western College.

I didn’t do my homework on Trinity’s roots in the evangelical free church, but went for an interview and was impressed with the then Dean of Arts. He offered me the job on the spot, mentioning the covenant, which at the time involved promising not to imbibe wine on or off campus. I don’t recall it saying anything about sexual orientation. I told him I wasn’t the “legalistic type,” and enjoyed an occasional glass of wine with a meal. About to retire himself, he laughingly admitted that he too lifted an occasional glass in private. So I signed the covenant, making all kinds of qualifications in the margins, with which he had no problem.

Once at Trinity, I enjoyed my students and most of my colleagues, along with the opportunity to teach Biblical and Classical Backgrounds to literature, which examined many of the biblical stories as archetypal myth. Some of my students coined me “myth McCaslin.” But after only a few months, I began to feel Trinity and I weren’t a good fit.

Every time I went out with my friends to a restaurant and ordered a glass of wine, I’d look over my shoulder to see if someone from the college was seated nearby. I felt like a sneaky subversive. Soon I made friends with fellow faculty members who considered themselves mavericks working to change the system from within. I probably had an inflated sense of how radical I really was and also felt I had to conceal my true self.

Soon I became close friends with Grace Dyck, a brilliant young Mennonite philosophy professor from the prairies, who had done her Ph.D. with the well-known atheist philosopher Kai Nielsen. Dyck was a Christian who encouraged her students to explore their honest doubts, not to fear the “secular” world lurking outside, and in short, to mature in their faith by exercising both curiosity and reason.

Dyck was having marital difficulties, and after a while she and her husband separated. The president and board urged them to attend a series of coercive “counselling sessions.” When this approach proved to be unsuccessful, they advertised her position behind her back.

Immediately, Grace left of her own accord for a prestigious position at King’s College, University of London. She reverted to her maiden name, Jantzen, came out as a lesbian, and moved in with a partner she met subsequent to her time at Trinity. She eventually landed a post at the University of Manchester, where she became a prominent feminist theologian, an advocate of women’s reproductive rights and AIDs research. Appalled at what happened to Dyck, I left Trinity right after her departure, accepting a part-time position as a substitute teacher in the public school system in Surrey at considerable loss of job security and pay.

That was then, this is now, you might argue. However, recent events have led me to wonder whether the TWU administration has become better or worse. It certainly is more controlling, now requiring faculty to reaffirm a more detailed “community covenant” every year. The current debate over intolerance of gays and lesbians overshadows TWU’s even deeper attack on academic and intellectual freedom found in the statement of faith that faculty members must sign.

This isn’t just theoretical, pro forma ritual: The Sun reported last year that a faculty member in process of being hired for a part-time position, who had signed the contract, was then dismissed by the provost’s office because he had made an intriguing film about how the concept of hell has changed over the millennia. Apparently, the administration at Trinity felt he didn’t have the “right concept” of Hell.

I know a number of accomplished, progressive Trinity faculty who are appalled at this suppression of their intellectual capacities, usually honed at universities that long ago had to shirk the dogmatic religious ideologues. Some of them complain of “holding their noses” and sign the covenant and faith statement just to keep their jobs. Some suggest it’s really about money, that Trinity believes its donors insist on this type of rigid intolerance and control. While these faculty numbers are growing, they remain shy of a majority, similar in number to those who voted (unsuccessfully) in favour of forming a faculty union.

The covenant presumes sexual intimacy and commitment between anyone other than a married man and woman are aberrant, “unbiblical,” and sinful. The prohibition is based on an extremely narrow interpretation of scripture, and mostly on a few statements in letters written by Paul. The covenant speaks of “the Christian or biblical viewpoint” as if there is only one and they have it right. Jesus himself, as far as I can see, delivered no prohibitions against gays and lesbians.

The covenant is not just about belief: it’s about control. If it were about beliefs, Trinity could simply state, “We invite you to respect our community values.” But the Trinity covenant goes further in its effort to exclude, control, and discriminate against others. There’s a core distinction between holding beliefs and attempting to control people’s personal lives, particularly their private and intimate sexual lives.

In arguing they are the ones being discriminated against on the basis of religion, Trinity’s administration is engaged in a classic form of psychological projection. Discriminate against others; then accuse others of discriminating against you. Although TWU makes the point that students and faculty who disagree with the covenant are free to go elsewhere, the situation may be more complex.

A 19-year old student who discovered he was gay during his time at Trinity summoned the confidence to “come out” during a presentation in his sex and gender class. One classmate challenged: “I read the King James Version [of the Bible]. It’s hard for me to see how homosexuality is the right choice. How do you expect to get into heaven?” Though other students supported the gay student, it’s hard to believe this atmosphere of intolerance doesn’t lead to psychological harm, especially at a crucial developmental stage in their lives.

I see before me the faces of my gay and lesbian friends and associates who are concerned Trinity’s law school will perpetuate discrimination against LGBTs. It’s one thing for a religious institution to dig in its heels on matters such as this, but another for provincial law societies to endorse it. A former TWU faculty member told me he was appalled some B.C. benchers said they abhorred the covenant but voted in favour of recognizing the law school; “Where is the ethics and commitment to tolerance in that?” he asked. Some think that the law society probably has no idea how it is undermining progressive forces at TWU, and rewarding the entrenched discriminators.

Trinity has vowed to fight this in court, as have those on the opposite side of the issue. Some lawyers claim TWU has a right to discriminate due to past court decisions: others dispute that earlier decisions speak to this issue now. The Law Societies of Ontario and Nova Scotia have voted against Trinity granting law degrees under the terms of the current covenant. The governing body of the Law Society of Upper Canada on April 10 voted against accreditation, requiring the Benchers to revisit their April decision.

So there is hope justice and reason may prevail. Whatever position the courts have taken in the past, surely it is time for society to move forward by insisting that basic human rights and rights under the Charter take precedence over the right to discriminate on the basis of sexual orientation.

Susan McCaslin is a poet, essayist and retired educator.

TWU’s covenant, signed each year by faculty and students https://twu.ca/studenthandbook/university-policies/community-covenant-agreement.html

TWU’s statement of faith (signed each year by faculty): http://twu.ca/divisions/hr/employee/documents/statement-of-faith.pdf

This article was reprinted with generous permission from The Vancouver Sun:
http://www.vancouversun.com/life/Opinion would Jesus discriminate against/9944319/story.html

Inanna Publications > Blog > Uncategorized > Who would Jesus discriminate against?: TWU covenant is not about belief, but control, former faculty member says – OpEd piece by Susan McCaslin